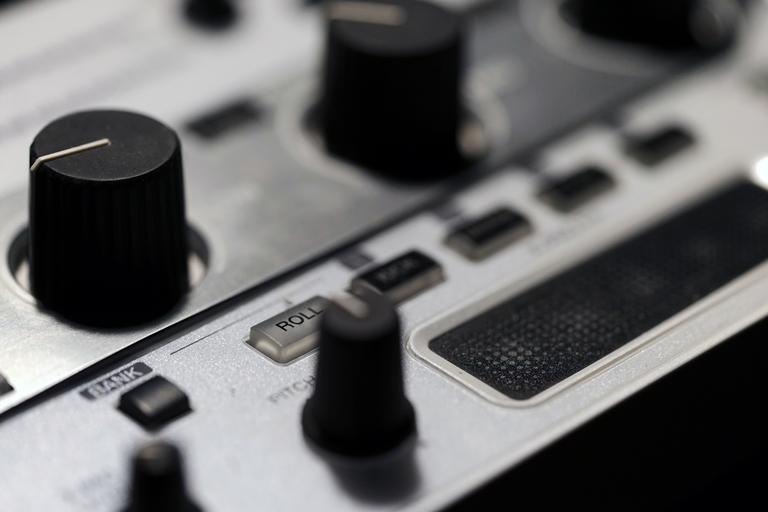 How Did We Get Here?

There was a time before MIDI, when recording was a much more deliberate, one part / one sound / one player / one take-at-a-time type of affair.

It’s hard to over estimate the effect that MIDI had on musicians of the 1980s. Artists like Duran Duran, Howard Jones, Pet Shop Boys and a legion of others took flight on the coattails of MIDI-enabled sounds and production options, while even non synth-based artists like Peter Gabriel and Yes blossomed into new territories afforded directly or indirectly from MIDI recording and the early onset of digital audio workstations.

In the immediate aftermath of the MIDI revolution—that initially only sought to let two of more synths be connected so you could layer up sounds—the world went crazy for controllers. MIDI drums, MIDI guitars and guitar pickups, MIDI wind instruments, even a MIDI violin.  But the purpose of these so-named ‘alternate controllers’ was simply so drummers could play flute patches or guitarists strum violins, or even drums!

Needless to say, drummers had little or no interest in flute patches and guitarists scant interest in violins and absolutely none in triggering drums. Early controllers basically withered on the vine. Even keyboard controllers—currently THE hottest ticket in online music stores—found the going tough.

MIDI recording, though, fueled by a slew of American entrepreneurs like Dt. T’s and Passport Systems and German wiz kids like Charlie Steinberg and Gerhard Lengling  (C-Lab and Notator, who’s company was subsequently picked up by Apple and packaged into GarageBand and Logic) took off.  By the mid 1990s bedroom studios were awash with sequencers and (frankly awful) MIDI music: stiff, quantized, full of unnatural pitch bends and homogenized by the straightjacket of General MIDI that pushed the notion that sounds could be parceled into 127 types in order to make compositions translate from one person’s sequencer to another’s.

The secret, aside from using the right controller to record the right type of playing or ‘articulation’ was to leave the heck alone when it came to editing the recorded data. Clean up all the ghost hits on a drum groove and all of a sudden it stops sounding groovy. Playing guitar is quite a messy business. That ‘s what makes it sound like a real guitar. Even keyboard parts, probably the easiest to emulate on a MIDI keyboard, were primarily programmed rather than played.  Plink. Plink-plonk. Plink plonk-plonk-plonk. Quite so.

As popular as these libraries soon became, MIDI technology would lose a lot of its appeal once audio got in on the act and ‘sequencers’ morphed into Digital Audio Workstations that could record and manipulate audio as well as MIDI data. DAWs became seen as digital tape recorders—way easier to understand than the techy world of MIDI where performance data was separated from the sound. As the editing capability of DAWs increased to the point of their being able to fix timing and pitch problems, the need for MIDI as a recording medium was reduced further.

Slowly, however, MIDI began to claw its way back into popularity. The popularity of truly non-linear DAWs like Ableton Live started to fight back against the stranglehold of ProTools and other linear-like digital tape recorders.  And part of its weaponry was MIDI.

The emergence of electronic music genres also re-focused everyone’s mind back on synths and, in spite of some initial resistance from the new modular and EuroRack communities, back on MIDI too.

Hip hop has also shifted away from a predominantly sample-based productions to a MIDI base as both the recording platforms and (sample based but MIDI controlled) sound libraries have shifted into higher gears.

As veteran MIDIots, this has not escaped our notice. Eventually we felt the time was right to re-examine our original concept of musician-played MIDI loops.  While the underlying material remained compelling, we did need to make some adjustments in terms of making sure the material played nicely with modern sound libraries and platforms.

Who, What and Why

Hip hop beat makers and producers working in MIDI still face the same problems that musicians faced in the 1980s and 1990s in that while it’s relatively easy to play or program material that sits squarely on the grid or that is not trying to sound like it’s been played by a drummer, or guitarist or keyboard player, for those times when you are looking for an instrumental hook, or a break, or just a production moment that takes the beat out of the normal, and injects it with your own character and taste, it’s still hard to do that without using a sample… that seemingly everyone else has.

And that’s the beauty of these freshly re-imagined MIDI Samples packs.  You and your associates can have the same MIDI Sample collection; you may even use the exact same loop in your work. But you’re always going to sound original and different because you’re highly unlikely to choose the same patch, from the same library, or put it in the same place in the beat, or be working in the same context at the same tempo.

The new MIDI Samples packs remove the grind from trawling through sample libraries, or trying to program human feel into a part. But they won’t turn your beats into cookie cutter productions. You get to retain the control. It’s like you’ve got a bunch of top session players in front of you who you can tell to switch sounds, play faster or slower, even add or subtract the odd note here or there (dead simple in MIDI)… it’s like being an old school producer. Only the musicians won’t get mad at you or charge you overtime!